I only encountered callbacks recently, and spent many hours surfing the web for a nice simple explanation.

Eventually I think I made sense of it and so here is my attempt to explain what they are and how they work.

What is a Callback?

A Callback (or callback function) is a function that is called when another function has finished.

If f1 is our callback then function f2 executes and does what it has to do, then before it finished is calls function f1.

My understanding of the terminology is:

It’s relatively easy to implement this type of functionality. 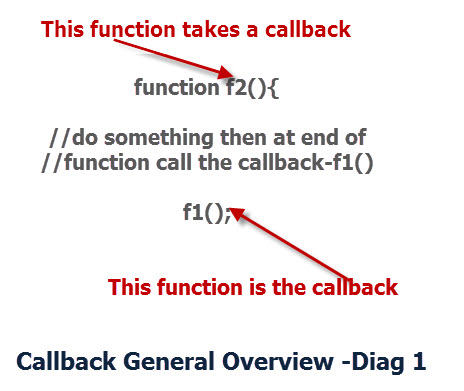 Although the above shows the basic outline, the implementation is more like this: 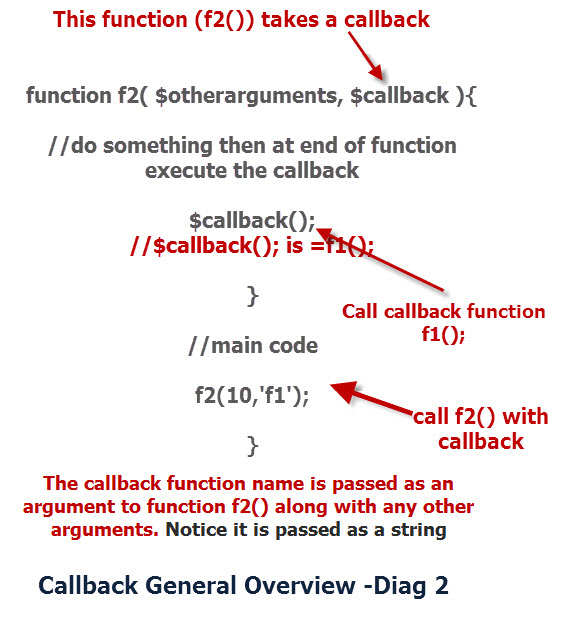 Notice that The callback function name is passed ( as a string), as an argument to function f2() along with any other arguments.

The function (f1) is called using the code $callback();

In PHP it is possible to use a variable for a function name:

is valid and equivalent to:

Here is an example implementation: 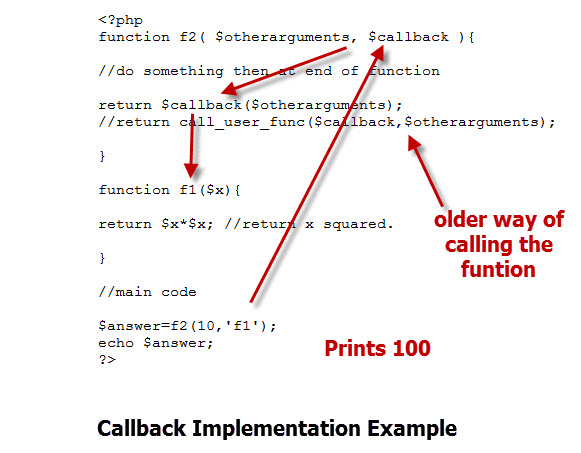 Note: in the example above I have omitted error checking. Usually you would check that the function name represents a function before you try to call it. Like this:

Hooks and filters use callbacks. Here is the add_action function showing what parameters it expects. The second parameter is a function (a callback).

Below is the syntax for the register_setting function and the actual code. You can see that the callback function name is then used by the add filter function. 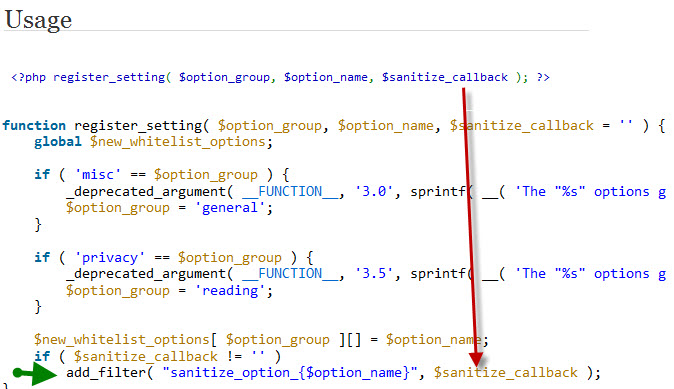